Built into the natural contours of the Cheshire countryside, Oulton Park’s combination of stunning scenery and spectacular racing make it one of the most picturesque and best-loved circuits for spectators and competitors alike.

Oulton Park celebrates its 60th anniversary in 2013 and remains just as popular with fans thanks to the superb views of the circuit available from the spectator bankings. Crowds of up to 35,000 regularly visit the circuit for the annual round of the British Touring Car Championship. As well as the BTCC, the Cheshire track hosts two rounds of the British Superbike Championship and the ever popular British F3/GT on Easter weekend.

The circuit also holds the Gold Cup meeting, which is now run as a historic event by the HSCC and where some of the finest racing cars from the past 70 years of the sport roll back time and take to the track over the August Bank Holiday weekend.

Oulton Park is situated next to Little Budworth and is best accessed from the A54 and the A59. 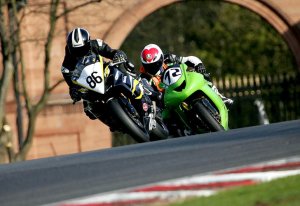 What’s on in Little Budworth